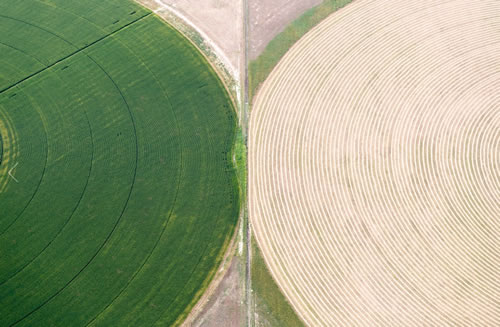 On behalf of the state of Nebraska, MMA provides expert support services and assists in evaluation of accretions and depletions to the flow of water in the Republican River due to groundwater pumping.

As part a settlement agreement between the three states, a jointly-developed groundwater model was created to evaluate streamflow depletions and accretions caused by groundwater withdrawals within the Basin.

From 2001 to the present, McDonald Morrissey Associates has assisted the State of Nebraska by representing Nebraska on the technical committee developing the Republican River Compact groundwater model, providing expert services, training, evaluating groundwater management strategies, assessing impacts of climate change, and evaluating factors affecting streamflow depletion and accretions. These services have provided support to Nebraska in its administration of the Republican River Compact.

McDonald Morrissey Associates served as principal investigator and project manager for a hydrogeologic investigation that involved the identification and development of a ground water supply for the Wheelabrator Environmental Systems municipal waste incinerator in Lisbon, Connecticut.

The groundwater flow model utilized for the study was MODFLOW, the advective transport model MODPATH/MODPLOT was used for particle tracking. The model analysis was utilized to delineate the capture zones for the proposed supply wells, to determine the effect of the wells on flow in the Shetucket River and to analyze the possible migration of contaminated ground water near the well field. The diversion permit was obtained from the Connecticut DEP and the wells now supply water to the facility.

Paris, Maine, Wellhead Protection Area Delineation and Hydrogeologic Consultation — MMA conducted a study to predict the wellhead protection area for a municipal well field located in a highly productive sand and gravel aquifer along the Little Androscoggin River in Paris, Maine. The project involved extensive data collection and construction of three-dimensional groundwater flow and particle tracking models. The models were used to evaluate the extent of capture zones for three municipal wells for a wide range of pumping scenarios. The models were also used to determine a pumping strategy that would minimize the possibility of drawing ground water from the vicinity of a municipal landfill near the well field. MMA has also consulted for the town on groundwater contamination issues relating to the municipal landfill.

Oxford, Connecticut, Level A Mapping Study, Bridgeport Hydraulic Company Well Field — The Level A contributing areas for municipal supply wells in Oxford, Connecticut that are part of the Bridgeport Hydraulic Company system were delineated by MMA using three-dimensional ground water flow and particle tracking models. The models were constructed and calibrated using information obtained from test drilling, pump tests, stream gaging and ground water level measurements. Of special concern were the possible effects of pumping on nearby surface water resources and the aquatic habitat. The final report has been submitted to the Connecticut Department of Environmental Protection for approval.

Southwest Florida Water Management District, Florida — MMA participated on a review team that advised the Southwest Florida Water Management District on the construction and use of groundwater flow models. A regional flow model was used to characterize the groundwater flow system, and sub-regional models were used to evaluate specific issues near pumping centers. The models were developed to determine the amount of water that could be pumped from the carbonate Floridan aquifer without causing unacceptable impacts to surface-water resources, wetlands or existing users in an area of more than 1,800 square miles where agriculture uses 570 mgd and municipal supply uses 320 mgd of water. The effects of pumping on the movement of the salt water/fresh water interface was evaluated also.

West Coast Regional Water Supply Authority – Tampa, Florida — Member of an advisory team that provided technical services to this major water supply utility in western Florida. The project involved construction of a regional three-dimensional ground water flow model to determine the effects of pumping in the Floridan aquifer on groundwater levels in the Floridan and surficial aquifers. Sub-regional models were used within the regional model to address local issues. The modeling efforts involved effects of pumping increases on long-term changes in shallow ground water levels and on the water levels in lakes and wetland areas and effects on saltwater intrusion. The model will be used to quantify the effects of pumping on the surrounding area and to refine the area of impact attributed to specific pumping stresses.

Sierra Pacific Power Company (Westpac Utilities), Reno, Nevada — A three-dimensional groundwater flow model was constructed to determine the effects of proposed pumping on groundwater and surface-water resources in the Truckee Meadows area near Reno, Nevada. The groundwater flow system is contained in alluvium, semi-consolidated sedimentary rocks and fractured volcanic rocks. The model represented the complex interaction of the groundwater system and the surface-water system, which consist of drainage canals, irrigation canals and the Truckee River. The model was used to develop contributing areas for supply wells and to evaluate possible changes in ground-water levels and surface-water flows that could result from increased pumping. The study incorporated all existing data for the aquifer in a comprehensive database that includes information on aquifer structure, hydraulic properties and recharge/discharge relationships. A report was prepared describing the conceptual groundwater flow system, the flow model and results of simulations.

Virginia Eastern Shore, Accomack County Virginia, Groundwater Flow Modeling for Wellhead Protection Area Delineation, 1991 — Mr. Morrissey constructed a cross-sectional model of ground water flow for the Eastern Shore of Virginia. The model was used to investigate the effects of partial well penetration and vertical anisotropy on capture zones for high-yield wells at various locations on the peninsula. The final results of the modeling were incorporated into a wellhead protection plan for the area.

Englewood, Ohio, Wellhead Protection Delineation — MMA developed ground water flow and particle tracking models to determine capture zones for municipal supply wells in Englewood, Ohio. The models were used to estimate the effects of pumping from an unconfined aquifer on nearby surface water and to estimate sources of water to the supply wells.